USD
Menu
Menu   ≡ ╳
×
We are proud to offer FREE WORLDWIDE DELIVERY on all orders.

– You will be liable to pay all import duties and taxes to the country the jewellery is sent to if it is outside the EU.

– Once the UK leaves the EU, you will be liable to pay all import duties and taxes to the country the jewellery is sent to.

– Upon dispatch, we will email you with tracking information. Your order will be fully insured and will require a signature

– Please be aware that full payment will be taken from your card when we have accepted your order. The payment will show on your statement as Diamond Jewelry United Ltd.

– Please retain your confirmation email and order number so this can be quoted if you contact us.

WE DO NOT SHIP TO THE FOLLOWING COUNTRIES

-You can return goods you have ordered from our website for any reason within 60 days of receipt for a full refund or exchange, provided your jewellery is unworn and unchanged.

– Orders must be returned via a Signed & Tracked method. It is preferable to return the item with its original boxes and paperwork with the label that shows the item code, if you still have these.

– Your return should be sent to:

– Please note that the cost of returning goods shall be borne by you.

– Upon receipt of the goods we will give you a full refund of the amount paid or an exchange credit as required. For any international payments made by bank transfer, the buyer will incur all bank charges for the refund.

The History of Engagement Rings

The History of Engagement Rings

Historians believed this tradition started in Roman Times. Wives would wear keys attached to rings to indicate their husband’s ownership.

In the 14th century, diamonds began to be polished and cut. The polish to give it some shine and the cut was a point cut which followed the natural shape of the diamond. Diamonds were incredibly rare and were worn solely by kings and queens.

It was during the 15th century that it was found out diamonds could be cut by their own dust! In 1477, Archduke Maximilian of Austria had the very first diamond ring made for Mary of Burgundy, striking a trend for diamond engagement rings.

In the 16th century, rose cuts and transition cuts became popular. Until that point, most of the mining was done in India.

In the 17th century, the popularity of cushion cuts rose- this cut originated in Brazil. Diamonds were still rare and only worn by aristocracy.

In the 1800’s the invention of a machine enabled diamonds to be cut into a perfectly round shape.

The Victorians would mix diamonds with different jewels, precious metals and enamels. They were often in the shape of flowers which earned the name ‘posy rings’.

In the 1920’s the Asscher cut gained popularity, and was one of the very first patented diamond cuts in the world.

Emerald cuts were standardised in the 1940’s, descending from the step cut.

In 1947, De Beers created the slogan: ‘a diamond is forever’ highlighting the durability of diamond and its suitability as a symbol of enduring love. This campaign helped to increase sales of diamond rings and their popularity has endured to this day. 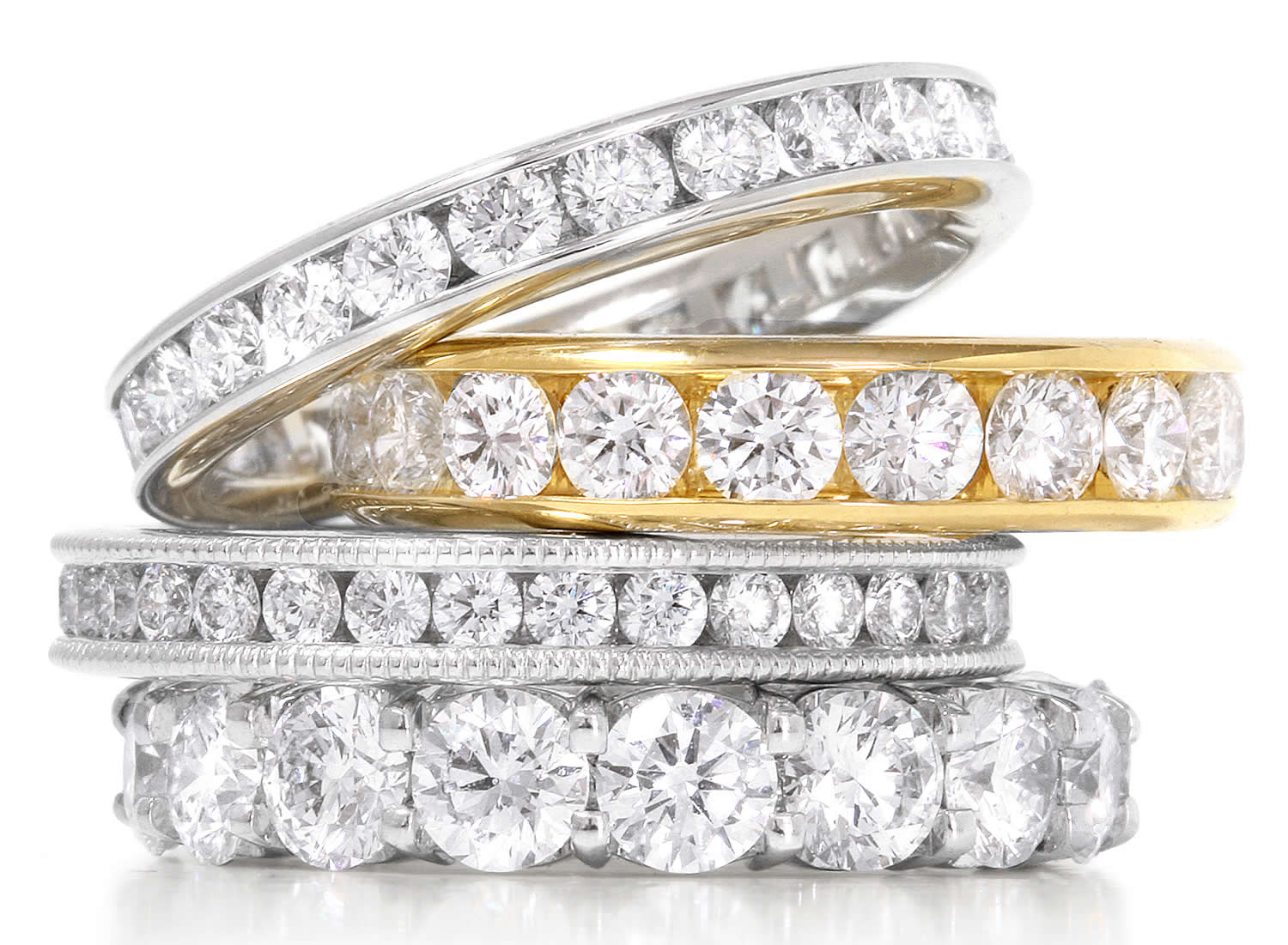 The first eternity rings may have been from Egyptian times. These rings had the image of a snake 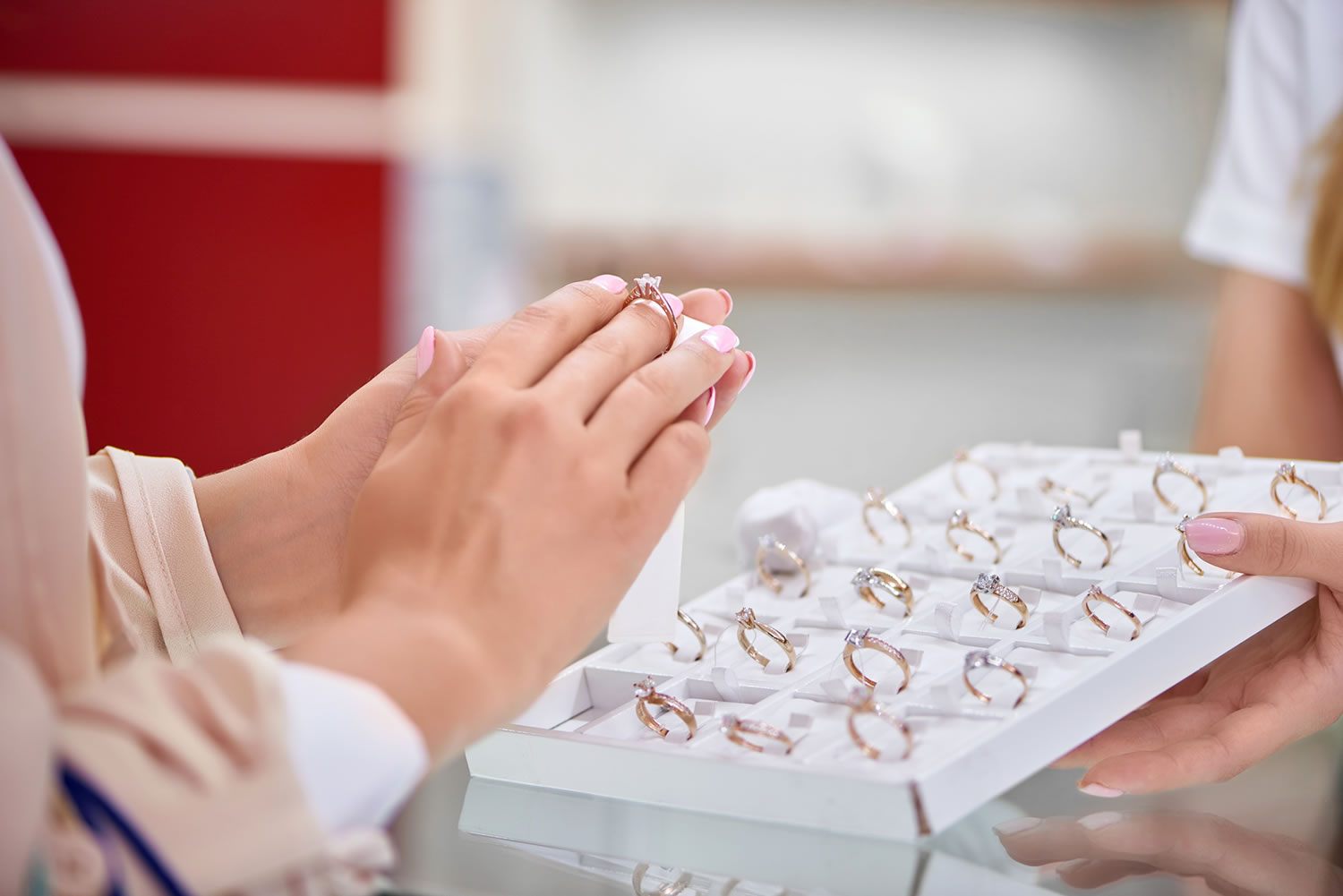 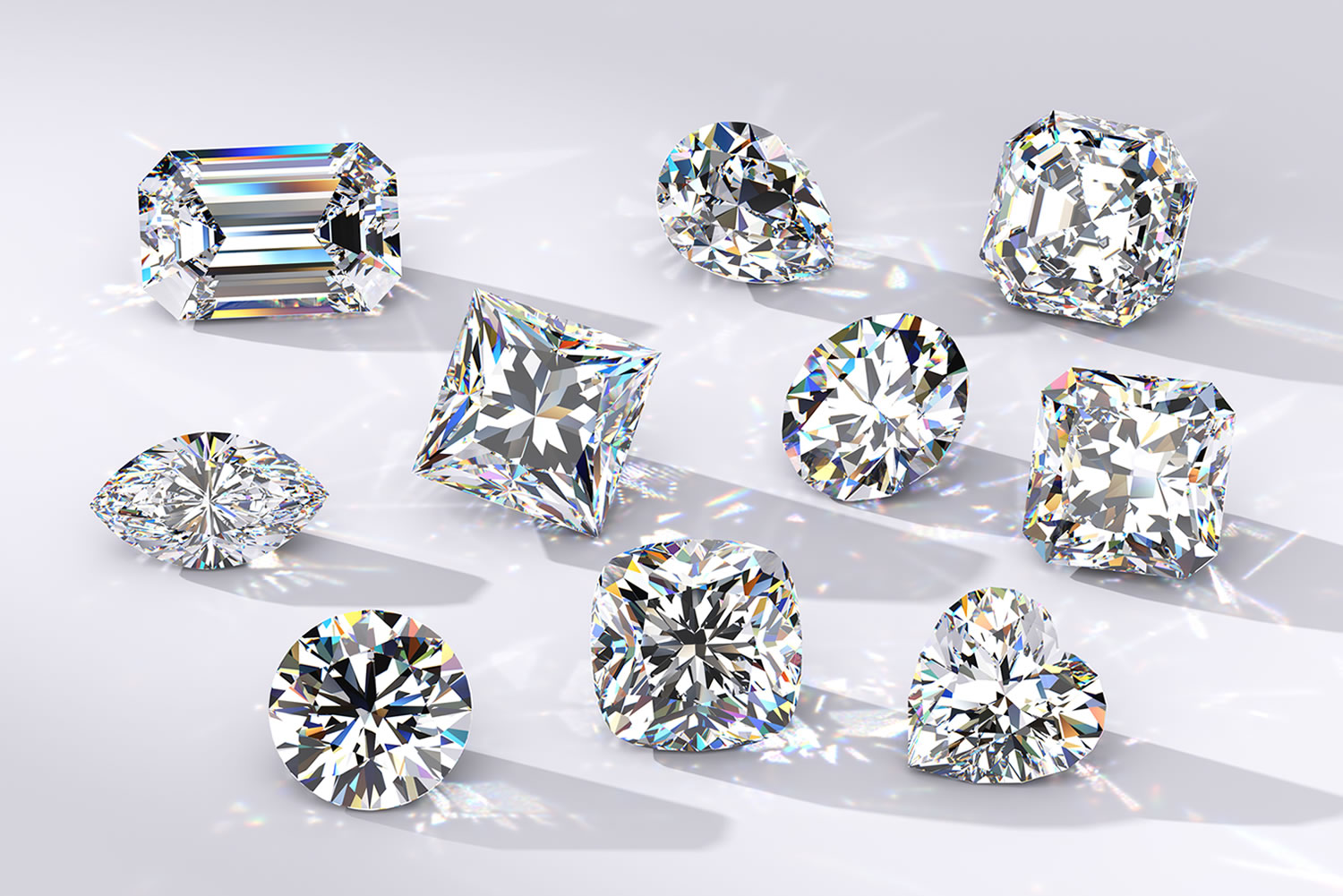 At DJU we are frequently asked about the process of clarity enhancement that we use on our diamonds. 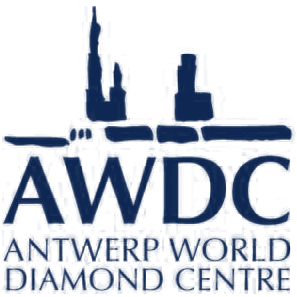 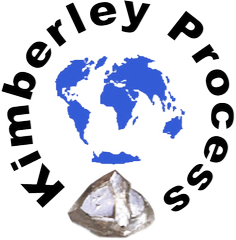 No products in the basket.